Bubba (March 2nd 1943 - June 7th, 1967), is a character in both the Forrest Gump novel and feature film. He was Forrest's best friend during the Vietnam War.

He was portrayed by Mykelti Williamson in the movie.

Bubba was drafted into the United States Army, and was sitting on the bus heading to basic training when he first met Forrest, offering him a seat next to him. He is diagnosed with Autism spectrum disorder.

During their basic training, Bubba talks about the shrimp fishing business and recites every dish one can make with shrimp. Eventually the two are sent to Vietnam, where they get caught in a rain that continues for four months. One rainy evening, Bubba asks Forrest to come into the shrimping business with him as his First Mate and split profits. Forrest agrees to this.

The next day the rain stops and the soldiers are immediately ambushed by the Vietnamese. Lt. Dan orders the soldiers to pull back and Bubba tells Forrest to run. Forrest does, but soon is all by himself and rushes back to find Bubba. After finding and rescuing Dallas, Tex, Cleveland, and Lt. Dan, Forrest finds Bubba laying down in the grass, having been shot in the chest to which he picks Bubba up and takes him to the river where Lt. Dan and the others are. Bubba then asks Forrest why it all had to happen and also says that he wants to go home, dying shortly afterward.

While Forrest is in special assignment, he tells a crippled Lt. Dan how he plans to fulfill his promise to Bubba and go into the shrimping business, to which Lt. Dan sarcastically replies that he himself will be Forrest's first mate. After Forrest's discharge, he does fulfills his promise to go into the shrimping business, and Lt. Dan does become Forrest's first mate. After a bout of little success and a hurricane which wiped out all the competition, Forrest and Lt. Dan become very successful. Forrest also gives Bubba's share of the profits to Mrs. Blue, making her faint, and allowing her to retire. 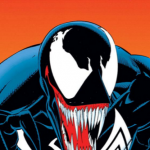